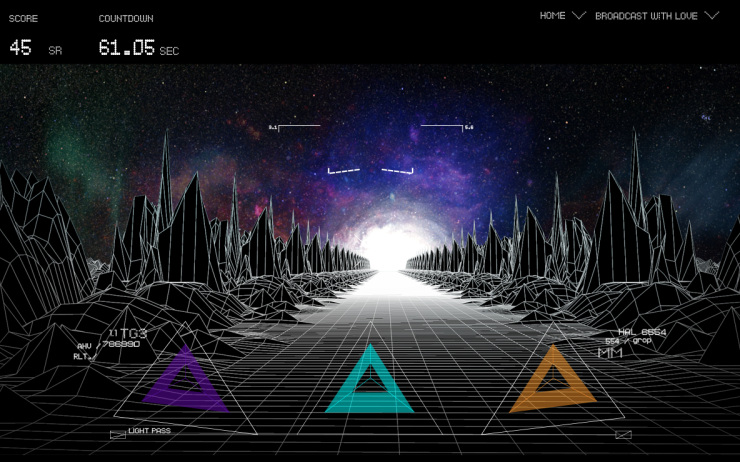 Hello. We’ve been expecting you. I was involved in the production of The Amplifetes interactive music video game “Where Is The Light.” Set to their latest single of the same name, this game ignites the launch of their new album, due for release fall 2012. My task was to build a simple back-end scoring system with some anti-cheat tricks.

Play and embark on a light-chasing trip through hostile space terrain. Collecting the highest number of light beams at the end of the campaign will score you a trip to the Kiruna Space Center on the Arctic Circle.