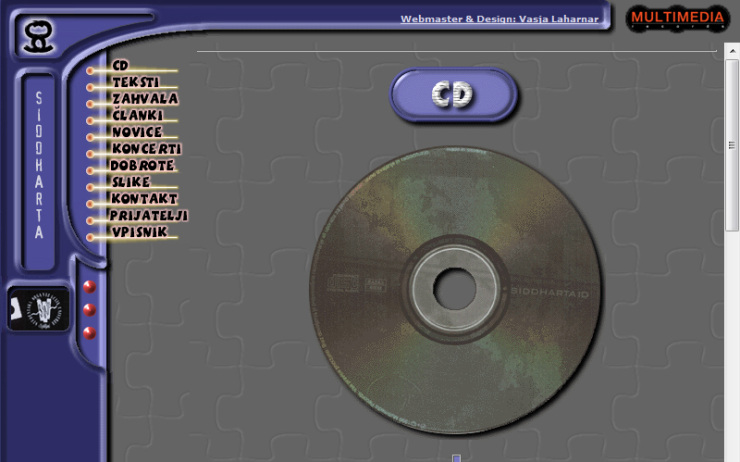 A fan site that I build for a Slovene band called Siddharta and their first album ID. The CD was all I had so I copied the lyrics, scanned the cover and some press articles in the media. One day I got a phone call from their manager and there yo have it, the site became the band’s official homepage. Thanks Alf.